The Worst kind of Pride 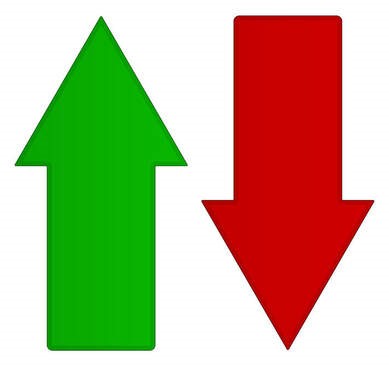 It is often said that pride –  in the sense of self-elevation rather than what we call being “proud” of other people, such as our children, team, or school, etc. –is the worst of sins because self-oriented pride inevitably leads us to set ourselves up in the place of God. As has been wryly said, we become “self-made men or women who worship their creator.”

Scripture is so clear. Proverbs 6:16-19 lists seven things God especially hates. At the top of the list is “A proud look.”  And Peter tells us God resists the proud but gives grace to the humble (1 Peter 5:5). God can’t endure him with a haughty look and proud heart (Psalm 101:5).

Pride of this self-elevating type can manifest itself in many ways, but it invariably involves comparison – the way in which prideful individuals compare themselves to others.  The Gospel of Luke gives a clear example of this problem in the parable of the self-righteous Pharisee and the socially despised tax collector:

To some who were confident of their own righteousness and looked down on everyone else, Jesus told this parable:

“Two men went up to the temple to pray, one a Pharisee and the other a tax collector. The Pharisee stood by himself and prayed: ‘God, I thank you that I am not like other people—robbers, evildoers, adulterers—or even like this tax collector. I fast twice a week and give a tenth of all I get.’  But the tax collector stood at a distance. He would not even look up to heaven, but beat his breast and said, ‘God, have mercy on me, a sinner.’  “I tell you that this man, rather than the other, went home justified before God. For all those who exalt themselves will be humbled, and those who humble themselves will be exalted” (Luke 18:9-14).

There are several not-so-obvious things that we should notice about this parable in relation to pride.  While most Jews only fasted on the yearly Day of Atonement, the Pharisees added to the law of God by fasting before and after every annual festival throughout the year – or even more frequently.  The Pharisee in the parable, however, claims to fast twice each week.  This shows us the level of his pride in that he proclaims that he is even more devout than most of the Pharisees themselves.

But there is another aspect of the Pharisee’s behavior that reflects the nature of comparative pride.  The parable tells us the actual words that the Pharisee prayed – indicating that he “said” these words out loud rather than “thought” them (compare, for example, Luke 12:17).

Public prayers were made twice each day in the temple – at the times of the morning and afternoon sacrifices.  At those times Jewish temple-goers would assemble in the “Court of the Israelites” directly outside the inner temple.  First the priest would perform the sacrificial offering of the day and then he would enter the inner temple area to offer incense. It was at that point that the Israelites outside would pray, out loud, while the priest made the offering on their behalf (Luke 1:8-10).

When we realize that the Pharisee’s prayer was not thought, but spoken out loud, we see the deprecating nature of pride at its worst.  By saying “God, I thank you that I am not like other people—robbers, evildoers, adulterers—or even like this tax collector…,” the Pharisee publicly shamed the tax collector in order to enhance his own self-exaltation.

The situation described in the parable is a classic example of the way pride, in its worst form, puts down others in order to elevate oneself.

C.S. Lewis described the phenomenon perfectly: “A proud man is always looking down on things and people; and, of course, as long as you are looking down, you cannot see something that is above you.”   As a result, the Pharisee prayed but did not see or really communicate with God. That is why, Luke tells us, Jesus taught this parable “To some who were confident of their own righteousness and looked down on everyone else” (Luke 18:9).

For most of us, pride is not expressed so blatantly or in such an obnoxious manner, but we must always be aware of the human tendency in this direction.   Pride can often be found in even seemingly innocent comparison.  That is why the apostle Paul wrote: “We do not dare to classify or compare ourselves with some who commend themselves. When they measure themselves by themselves and compare themselves with themselves, they are not wise” (2 Corinthians 10:12).

There are a number of tactics we can utilize to avoid this trap, but Paul himself gives us two that we can all put into use.  First, as the apostle wrote to the Philippians: “in humility value others above yourselves” (Philippians 2:3), or, as the NKJV translates this verse: “in lowliness of mind let each esteem others better than himself.”  This is the most fundamental deterrent to pride of any type, but especially comparative pride.

Paul gives us another basic principle in his letter to the Galatians. “Each one should test their own actions. Then they can take pride in themselves alone, without comparing themselves to someone else” (Galatians 6:4).   In writing this, Paul shows us that it is not wrong to be happy and thankful to have accomplished something or to have made progress toward our goals, as long as that is not done by comparing ourselves to others.

Ultimately, the worst kind of pride is avoided when our self-concept is based not on how we compare to others, but how we compare to what God calls us to.  That is always a humbling thought and one that leaves no room for the growth of pride at all.

For more from R. Herbert – his pen name – go to www.tacticalchristianity.org

What "I Can Do All Things..." Really Means
Some favorite Pentecost sermons from this site

R. Herbert (a pen name), holds an earned doctorate in biblical studies and ancient Near Eastern languages and archaeology. He writes for a number of Christian venues as well as for his websites at LivingWithFaith.org and TacticalChristianity.org where you can also find his free e-books.

By accepting you will be accessing a service provided by a third-party external to http://lightontherock.org/

We have 101 guests and no members online