Are You an Imitation? 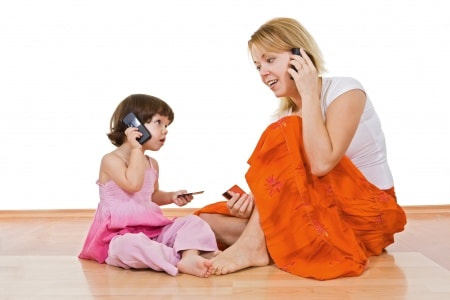 But there is one type of imitation that is perfectly acceptable - in fact desirable:  when God himself is involved in the process of imitation.  The first chapter of Genesis clearly tells us that God made an imitation when he made the first human.  “Then God said, “Let us make mankind in our image, in our likeness…. So God created mankind in his own image, in the image of God he created them…” (Genesis 1:26-27).  And, of course, when God had done this,  God looked at the imitation he had made and “God saw… it was very good” (vs. 31).

Naturally, the imitation God made of himself was not endowed with the power, wisdom, goodness and countless other qualities that God has, but it had a small measure of these qualities – just enough to show the family likeness – and  it was good, but it wasn’t as like the original as might be possible.

In most cases, if you have an imitation of something, that’s what you are stuck with.  It’s always going to be a kind of second-class item.  But the interesting thing about the imitation that God made is that it was upgradable.  God made the imitation of himself with the ability for countless ongoing upgrades – with the potential to make the imitation ever more like the original.  In one sense, that’s what life is – or should be – all about: taking the opportunity to fulfill that potential.

So this kind of imitation is not wrong – or in any way second class.  It’s something we should all be doing in our lives – seeking to be a better imitation of God.  You may not have thought about it this way, but that was what Jesus himself was doing, on a daily basis, during His physical life.  Notice what he said in this regard: “… the Son can do nothing by himself; he can do only what he sees his Father doing, because whatever the Father does the Son also does” (John 5:19).   Jesus plainly says that even though he was the Son of God, his focus was on imitating God.  He knew the Father and constantly imitated him in his actions and thoughts.

How do we do this?  Although we do not have the unique knowledge of God that Jesus had, fortunately, God has made available clear templates and instructions for us to follow to continuously “upgrade” ourselves to become increasingly better imitations.

First, we can imitate the original by getting to know God better through in-depth study of his word, not just in looking to see what it says, but looking to see what it says about him.  It’s a different approach when we don’t just read the story, but read the story like we would read the instructions for updating the software on our computers – carefully, and focusing on what the words are showing us that we should do to successfully make the upgrade.

Second, we can imitate good copies.  God has given us the examples of his trained and trusted servants who closely imitate him. This is why the apostle Paul repeatedly stresses that we need to look at his example and that of others to the extent that they imitate Christ.  Look at these instances of what Paul says about this:

“Therefore I urge you to imitate me. For this reason I have sent to you Timothy, my son whom I love, who is faithful in the Lord. He will remind you of my way of life in Christ Jesus …”  (1 Corinthians 4:16).

“We did this… in order to offer ourselves as a model for you to imitate” (2 Thessalonians 3:9).

These words of Paul dovetail with those found in the Book of Hebrews:

“… imitate those who through faith and patience inherit what has been promised” (Hebrews 6:12).

“Remember your leaders, who spoke the word of God to you. Consider the outcome of their way of life and imitate their faith” (Hebrews 13:7).

Third, we can pray specifically for help in becoming a better imitation.   Notice in Philippians Paul tells us something about imitating. He says we should “… have the same mindset as Christ Jesus” (Philippians 2:5), and after discussing this he then goes on to say “…continue to work out your salvation with fear and trembling, for it is God who works in you to will and to act in order to fulfill his good purpose” (vs. 12).  If we are praying for God’s will in our lives, we should be getting his help to better imitate him and those he has changed – and we can pray for this specifically.

We need to remember that humans are actually programmed to imitate. That’s how we learn language, social skills, and countless other things.  It’s in our natures to imitate, and God put that there for a reason.  As a result, we must be careful, as John says, that we “do not imitate what is evil, but what is good” (3 John 1:11a).  If we are diligently studying, watching and praying to better imitate the model we have been given, God will continue his work in us and our spiritual imitation of his nature will truly be “very good.”

R. Herbert (a pen name), Ph.D., was trained in biblical studies and Ancient Near Eastern languages and archaeology. He writes for a number of Christian venues as well as for his websites at LivingWithFaith.org and TacticalChristianity.org where you can also find his free e-books.

THE VERSE WE ALL KNOW, YET DON’T
Did Yeshua (Jesus) really say these?

R. Herbert (a pen name), holds an earned doctorate in biblical studies and ancient Near Eastern languages and archaeology. He writes for a number of Christian venues as well as for his websites at LivingWithFaith.org and TacticalChristianity.org where you can also find his free e-books.

Already Registered? Login Here
No comments made yet. Be the first to submit a comment

We have 77 guests and no members online